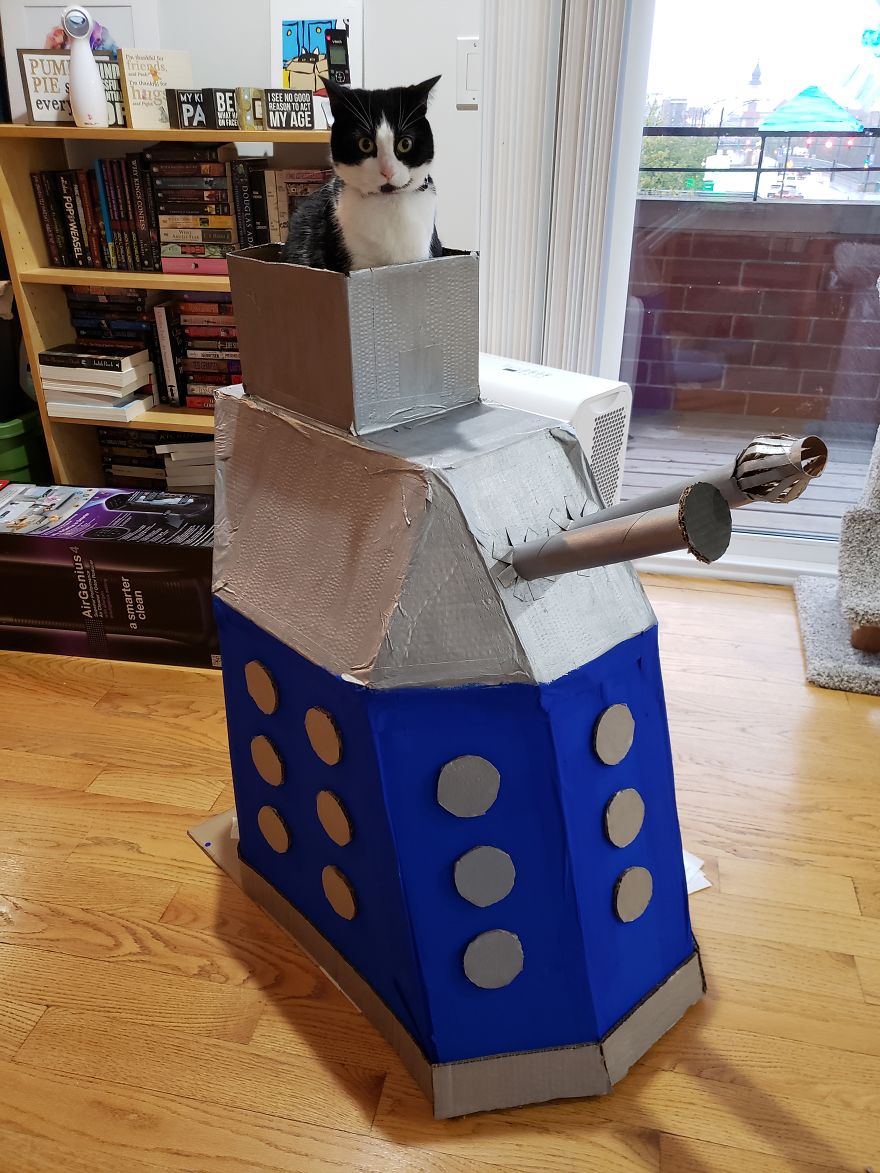 The cat-tank seems to be pretty easy, while the Doctor Who-Inspired Cat-Dalek is really a challenge. The pictures below show how she has done it.
Carcass Then try to remember school geometry and realize that Dalek isn’t very square or angular; they’re round and somehow have more parts than you think they do. After two nights, I had the base successfully put together and confirmed it was sturdy and would hold the weight of a cat. Very important to verify since this is a “cat-Dalek.” Next, I built the removable head, another name for this project might be “Dalek with optional cat feature – remove the head and settle in the cat.” Painting, several coats of blue and silver.
Finishing touches Then the last part, all the individual features, lasers, and attachments. No kitchen whisk sacrifice for me, I figured out if you sit patiently with a box cutter you can slice parallel slits down the side of toilet paper roll and create something resembling a laser. Gluing the lasers and an antenna to the Dalek did take some thought and was where the painter’s tape came in. Coat one end of the laser in glue, press against the main body of the Dalek and cover in painters tape until the glue dries. Voila!
YOU (WOULD) MAKE A GOOD DALEK!! I had initially estimated this project taking maybe eight or so hours a week at most. It ended up taking two weeks, and I finished on US Mother’s Day. I think my Mum appreciated the pictures of my cardboard creation just as much as the greeting card and flowers I sent her. Topsy and Turvy are undoubtedly thrilled with their new perch. It’s about four and a half feet tall and gives them a good viewpoint of the living room and out the windows. Though Topsy hasn’t quite got the hang of which is the front and back.
Here’s a cat tank I made previously Topsy in her cardboard tank, aiming intently at the laser on the wall This is Turvy taking a turn in the tank
Author: Anna BN 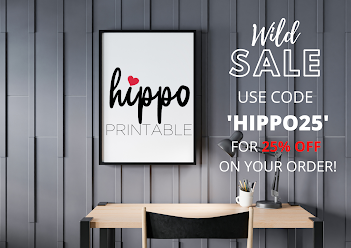